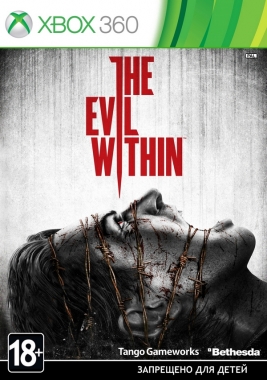 Description:
The Evil Within - One hundred percent, and made a thriller in the tradition. It is not surprising, because the development has been a pioneer of the genre, Shinji Mikami, creator of the world famous series Resident Evil. Trying to escape from the web of horror, you will encounter with the unknown and learn what a real fear.

While investigating the bloody murder, Detective Sebastian Castellanos and his colleagues are faced with inexplicable and powerful force.The entire police force interrupted and Sebastian himself during the attack loses consciousness and wakes up in a monstrous, mad world where hideous creation of wandering among the dead.
Caught in the grip of unimaginable horror, detective desperately fighting for his life. In front of him waiting for a difficult, full of pain and suffering the way, the end of which we will find out what the force behind this nightmare.