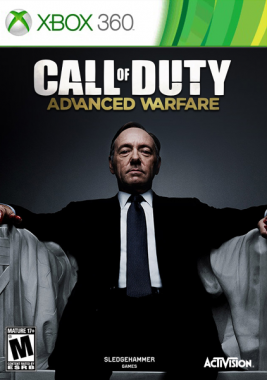 Description:
Call of Duty: Advanced Warfare - First-person shooter, developed by the studio Sledgehammer Games, supported by High Moon Studios.Action Call of Duty:Advanced Warfighter takes place in the not too distant future where private military companies have become the most effective forces that are shared by countries around the world, and the mostpowerful man in the world is Jonathan Irons (Jonathan Irons), the founder and head of the largest military corporation Atlas (Atlas Corporation).