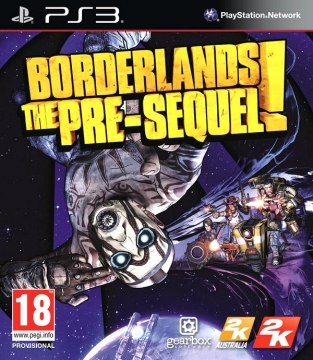 Description:
The game take place on Elpise - satellite of the planet Pandora, on the surface of which the unfolding of the previous two games.With gameplay similar to Borderlands 2, the game introduces a new mechanics, such as fights in low gravity, freezing weapons and oxygen tanks, which serve at the same time to the survival of a character, for short flights and as a weapon.

Features repack:
+ Change the appearance of the menu XMB
+ Added music to the menu XMB.
+ Cut all languages ​​except English.
+ Sewn fix 4.21+

Installation:
Installing Flash Cards:
1. Copy the file (s) to the carrier.
2. Insert the Flash into the console and go to the game Install Package Files
3. Select the installation file, and press X.
4. Start the game by HMV.

Installing the disc:
1. Write the file (s) to disk.
2. Insert the disc into your console and go to the game Install Package Files.
3. Select the installation file and press X.
4. Start the game by HMV.