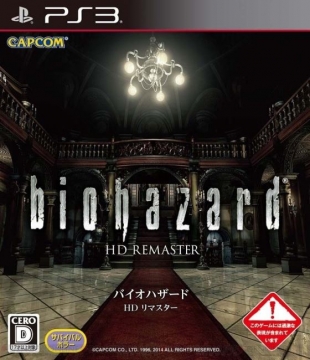 Description:
Recognized classic horror genre with us again! Meet the updated edition of Resident Evil games in HD.
In 1998, to investigate the bizarre murders in the vicinity of the town of Raccoon City sent a special detachment. For fighters attacked a flock of bloodthirsty mutant dogs, and they are trying to escape the estate nearby. But there are all steeped in the smell of death. Ammo is small, and the struggle for survival is difficult.

The plot follows the events of Resident Evil 1. Alpha Division was sent to search for the missing unit Bravo, which was previously lost connection. Following the discovery of the crashed helicopter Bravo Group, arrived at the team was attacked by a pack of Cerberus (Cerberus).
Fleeing the dogs escape, surviving members of the unit had taken refuge in a lonely mansion. They thought they would be safe, but the nightmare was just beginning, it's just the beginning of the best Resident Evil comes back to us, and many were waiting for him, waiting for the next part!