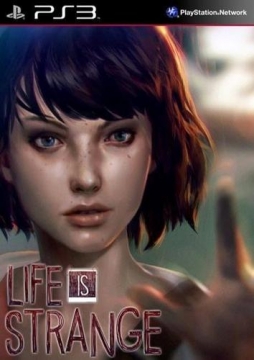 Description:
Life is Strange - Episodic adventure, events that develop in the fictional town of Arcadia Bay in Oregon.
The story of the friendship that could quickly end if it had not suddenly opened talent Macks. She found his gift - the ability to rewind time. But still it is not clear exactly how it works and what can result.

Everything starts with the rescue girlfriend of the main character - Chloe, was shot in the stomach, but it is unlikely it will know.Being a witness of her death, you are trying to prevent an event that leads to rewind time back. Now you have the right to change the course of events that affect the past, future, present, and prevent the death of an old friend is not the end.
Soon the couple will reveal the shocking truth about the disappearance of their classmates. Meanwhile Macks obliged to recognize the opportunity to, its power over time and learn to apply it with no harm to others.

Episode One. Chrysalis.
In the first episode, called Chrysalis you get to know Max and Chloe, you will take important decisions that will affect the fate of the characters.You will see some of the consequences of their choices, but keep in mind that there are also long-term consequences, which will affect all subsequent episodes.
You can rewind their choice as much as you want, but you never know whether you did or not until the next series Life is Strange. You are waiting for an unexpected turn of events.