Back to the Future The Game 1 ~~~ All Episode Russound) 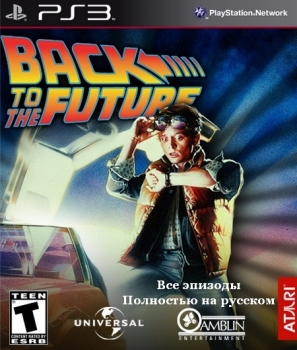 Description:
Back to the Future were divided into five episodes. Her story is not based on the eponymous tape and talk about the brand-new adventures of the eccentric Dr. Brown and Marty McFly.
Direct involvement in the development of the creator took the movie trilogy "Back to the Future" - Bob Gale (Bob Gale), and Christopher Lloyd (Christopher Lloyd) will return to the role of Brown. Fans of the film in the adventure will see a lot of familiar locations and characters.

Installation:
1. Copy the "pkg" files from the "Back To The Future.The Game.Console (PS3) "The root of the stick, set by" Install Packege Files ".
2. Start by clicking on "PLAY" (no manager) Back to the Future: The Game (RUSSOUND)
Star Wars Episode I Jedi Power Battle
Game of Thrones Episode 1 Iron From Ice (GOD / RUS)