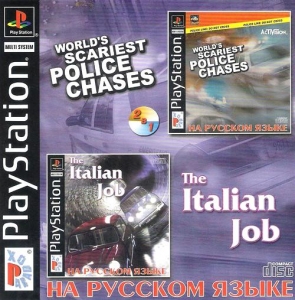 Description:
The Italian Job
Description: In the role of an adventurer, Charlie Croker, you will dissect the expanse for vintage cars, the narrow streets of the two most beautiful and perfectly recreate the cities of the world - London and Turin.
Robberies, bases, organizing shoots, leaving the police and local mafia, as well as meeting with the fatal beauties - all this awaits you in the game, flavored atmosphere 60s!

World's Scariest Police Chases
Have you played as a child in the cops and gangsters? World's Scariest Police Chases sits down on your seat a police patrol in the 20 missions catch criminals. You have to search for illegal activities including drunken driving, robbery and fatal shootout!
Two player mode gives you the opportunity to ride with a partner, one is driving while the other shoots the fugitive suspect!