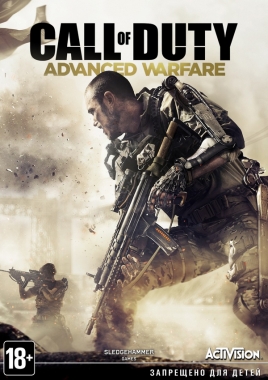 Description:
The future knows no mercy. On the ruins of the old world that has survived the collapse of the usual geopolitical and military structures, a new force - the private military company, whose leadership wants to bring to mankind the hope for a decent life.
Technique against anarchy, iron order against chaos. Welcome to 2054, where there is a war.

Call of Duty Advanced Warfare It developed over three years, taking into account all the possibilities of a new generation of game systems. This new approach to the creation of games will apply the new tactics. Advanced military technology and unique exoskeleton help to survive where ordinary soldiers would not last five minutes!
In addition, you expect a fascinating plot and new characters, one of which is the role played winner "Oscar" Kevin Spacey.

Features of release:
-Steam Application ID: 209650.
-Version Game: 1.0. (There are all the pre-order DLC)
-The Game is loaded 2 November 2014 and is identical to the licensed version of the game distributed on Steam.

Installation:
- Install, run Setup.exe.
- Copy the contents of the folder NODVD a folder with a game, agree to replace the files.
- Play.