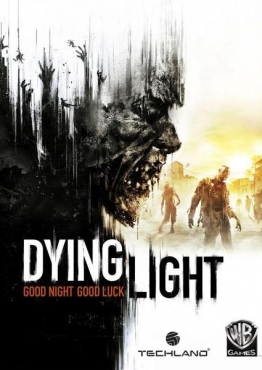 Description:
Dying Light - Action-survival game in the first person. The game takes place in a huge open world and dangerous.During the day you wander through the city, devastated by a mysterious epidemic, trying to find ammo and manufacture a weapon that will help you in combat with hordes of mindless bloodthirsty enemies generatedplague. At night, the hunter becomes the prey itself as strength and aggressiveness of infected grows.But even more deadly are nocturnal predators of non-human origin, leaving their den in search of food. You have to use all your skills and to use any means to survive until dawn.

Features:
Welcome to Quarantine - Immerse yourself in an original and intense plot unfolding in the infected city, cut off from the rest of the world. Only the strongest survive is hope.

The huge open world - The Dying Light game, you can explore a huge world, which was destroyed and plunged into chaos.In this changing environment, you have to fight for survival against a variety of enemies after meeting with infected - are not the only thing that threatens you. Often the only way to get valuable ammunition may be a fight with other desperate people.

Overnight changes all the rules - the day you explore the city, looking for ammunition and weapons.But at nightfall that infected the world is undergoing dramatic changes that output gameplay in a new dimension. You, being a hunter by day, at night turn into prey. Infected become stronger, but in the darkness roam in search of his victim and even more sinister creatures.

Moving in the style of parkour - Whether you hunt or to escape from the hunters - the city you can navigate quickly and easily. Jump on the rooftops, climb the walls, attack enemies from above.The game Dying Light players are given the freedom movement, previously unavailable in the games open world.

Instructions for online play via Steam in Dying Light
0) (Optional) Create a new Steam account to a new e-mail address
1) Download and install it from the game
2) Copy the contents of MP-Fix in the game folder, confirming a replacement.
3) Download and install the client Steam (who have it yet)
4) Run Steam and log in to your account
5) Start the game
6) After the prologue of the game you can invite your friends and play through Steam
How to invite friends to a blank Steam account
1) Create a group in the Steam.
2) Let each in her will.
3) The game is to create a room, press shift + tab -u003e Friends List -u003e Groups -u003e select a friend -u003e invite to the game.

If Percy moves
The game has a bad bug with control on the keyboard.
Place the input language in the default English, or can not move!