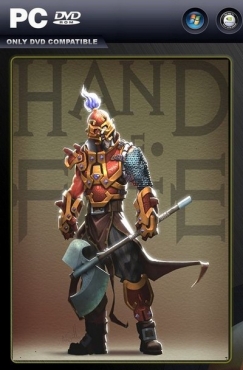 Description:
The hand of fate - the live card game!
Every time - a new story. Collect cards, make a deck and try to play against her. For thirteen gates, on the edge of the universe is a game of life and death.Pull out the cards one by one and find out their fate. "The hand of fate" - a hybrid of roguelike, action-RPG and card games on the deck construction.

The player collects a deck of cards. These cards determine the levels of the dungeon, where the character will act. When the battle begins, all of the collected player cards appear in the form of three-dimensional objects, which you can directly control during the fight.
Make your deck and try to beat the ace of skulls in the world, "the hands of fate."