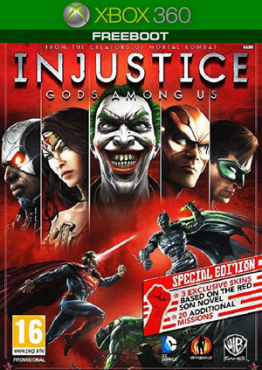 Description:
The game's plot was written by NetherRealm Studios, in collaboration with writers DC Comics. It promises that in the battle between good and evil will be epic and made on a large scale.NetherRealm Studios has made a game similar to other fighting games such as Mortal Kombat, which with the help of cinematic narrative will show the history of the life of each character.
According to lead designer John Edwards, the game will be added to the interaction between the characters, which usually would not have fought each other. For example, a lover of gadgets Batman vs Superman.