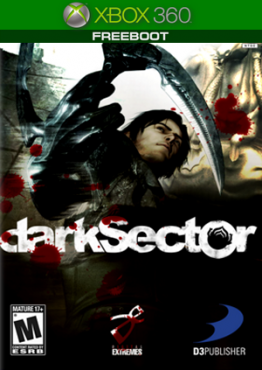 Description:
The game Dark Sector is unfolding in the territory of one of the states of Eastern Europe. Biological weapons, the legacy of the Cold War, escaped out of control.An unusual virus has taken up the inhabitants of a city. The area of ​​infection has been cut off from the rest of the world and was named "Dark Sector".
The residents were subjected to mutation, becoming a grotesque, decaying monsters, and roam the streets in search of a handful of survivors. They - infected who do not know pity, hungry for human flesh predators.

And somewhere in the depths of the city lies the secret biological weapons development, for which powerful organizations and corporations willing to risk all of humanity. The protagonist of the game, secret agent Hayden Tenno, was wounded and infected during an operation to uncover the dark secrets.

Features:
- Magnificent hit action series from the creators of the famous Unreal.
- Unforgettable atmosphere of battle in the dark, blood-soaked streets.
- Various firearms and effective methods of close combat.
- Rebirth by the virus - new skills and abilities.