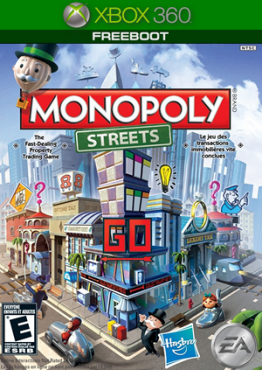 Description:
Now millions of capitalist favorite board game is presented to us in three-dimensional mode.The world of "Monopoly" is no longer limited to a flat board, chips and a pair of dice players, the universe Monopoly Streets - busy city streets, populating their inhabitants and, of course, you - the king of factories.

In the game, all rules of the classic "Monopoly." That is your main task will be the destruction of competitors and the development of their own monopolistic empire. But Monopoly Streets developers have added a couple of tasty bonuses, such as the presence of each player's own headquarters.
And remember the old fans, Monopoly Streets will offer to play in the good old board "Monopoly". With nice graphics and brings a smile behavior characters, the game is really addictive in this dangerous but alluring world of such monopolies.