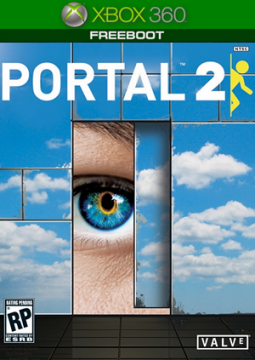 Description:
This sequel to the 2007 game, Portal 2 - interesting adventure in the genre of puzzle. The game is challenging, making use of your wits against the mechanisms of "diabolical" laboratory (a funhouse of diabolical science).
Using the experimental portal device, you once again face off with deadly inventive artificial intelligence named GLeDOS.

But this time you will not be alone, get to know the personality module named Wheatley (born. Wheatley) and pass a dangerous path through the abandoned and ruined the area portal Nature Research Laboratory (Aperture Laboratories).
Break the laws of spatial physics in ways of which you had no intention of playing either individually or in co-op games.