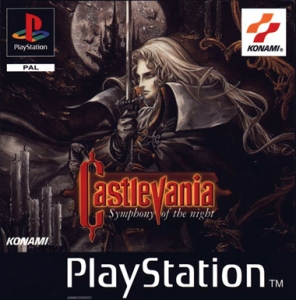 Description:
This is a game - a legend, led many just a sick, passes again and again and countless mysterious room of Dracula's castle.The game was so successful by all criteria that can rightly be considered one of the best in the series Castlevania, a kind of standard. Musical accompaniment fully conveys the very atmosphere of the game - the atmosphere of the "Symphony of the Night."
The abundance of unusual and even terrifying enemies, an arsenal of all kinds of weapons and ammunition, magical abilities and spells, gain experience and increase the level of skill, challenge immortal assistants, a lot of secrets and secret rooms - all this and more can be found in this game

Transfer Features:
- Some items returned to the original title of the Japanese version of the game.
- The map of the castle now display "rooms podgruzki locations" (white).
- You can enter the password in Cyrillic (such as "Richter").
- Titles games supplemented with information on project participants.