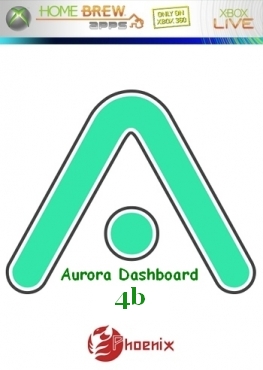 Description:
Written from the ground up dashboards that has been optimized to quickly navigate the menu Xbox 360.
This is the first alpha version may contain some bugs, but it was fairly stable, the new version in the development of dashboards!

Changes Goole translation
= Added LB Tab / RB icons for the manager and position FileManager Update, to help make it more clear.
= Updated skin.xml skin.meta and added to the files of the skin to support the new selection parameters skin.
= Added alternative leather screensaver option in the default skin.
= Reconfigured filter and sort the scene and I did update the list of games.
= Creates a new dynamic module list, which allows us to save a lot of computing power XUI.
= Added activator screenshot and select the trigger button prompts will allow configuration.
= Fixed a bug where you could move the game list, but progress has been featured UI.
= Fixed bug where freezing can occur when viewing the scene achievements (and a couple of other scenes).
= Added the ability to run LibXenon ELF file from the file manager.
Added = Launch DVD button on the dialog system with detection of the drive to activate / deactivate buttons as necesssary.
= Moved CoverLayout choice in the pop-up list.
= Moved Sort order selection in the pop-up list.
= Fixed combo screenshot will not be disabled if there is no network cable is not plugged in at boot time.
= Removed restrictions on the file names in the File Manager - allows special characters to be used.
= Added the ability to add or delete mailbox mode when the 4: 3 screen without having to manually change the database.
= Aurora will now be included in the launch XHTTP dash while Aurora works. When Aurora leaves, he returns it to the setting you had on before!