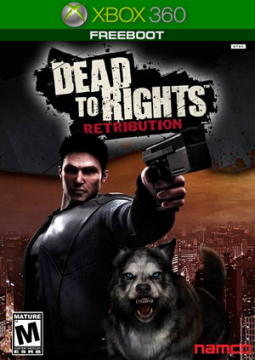 Description:
Dead To Rights: Retribution - a new part of the series, which is a shooter with a third person. Gamers will once again manage the policeman named Jack Slate, which will be able to arrange a firefight with the enemy, using a variety of shelters.

Key Features:
= Two heroes. Jack and his faithful dog Shadow are unprecedented fight against the underworld;
= Improved combat system. Now you can beat the thugs melee or shoot from a distance, everything will depend only on your choice;
= Control of the new techniques. Even with his bare hands protagonist dangerous as ever. He deftly destroys defense and knocks him to the felling;
= Skirmishes in the game. Hiding in shelters, you can keep pristrelny fire, and the enemy in your hand turns into a human shield;
= History of the City Grant City. Quite a colorful hero and a very original presentation of the plot make the game truly magnificent and exciting

Features repack:
Cut European localization and video from the menu.